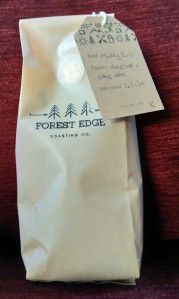 It’s official: I am addicted to caffeine. To be more specific, I can’t get going without that first morning mug of warm, waking, pulse pumping, real coffee. Well, if I’m being totally honest, those first mugs plural.

And it has to be real coffee, not instant. Just as a wine lover relishes the specific flavours of different grape varieties, so I love picking out the uniqueness of coffee beans from different parts of the world. My favourites tend to be African coffees with their fruity citrussy hints, especially the rarer Rwandan beans that bring back great memories of living there.

I also have preferences about which mug I like to drink out of. Somehow it tastes better out of a high quality receptacle with a beautiful design. Sadly one of these, Royal Worcester china with bold poppies against purple, has developed a crack inside and now leaks so I can’t use it anymore.

But as I poured my coffee this morning, I realised I might have this metaphor wrong.
I’m not the leaking cup. I’m the coffee pot. 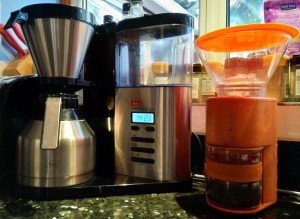 So if I’m the coffee pot, God is the mains water supply, the beans that provide the flavour, as well as the filter machine and the electricity that combine these into something steaming and delicious to give both the coffee pot its purpose and a boost to all that need it.

My husband I never get by on just one pot of coffee each day. We need a fresh refill – or more on a hard to keep going day.

And I need refilling, maybe not so much because I am leaky and broken and somehow insufficient, but because fulfilling my purpose, pouring myself out, naturally depletes me. It’s a cycle: filling, pouring, cleaning, refilling.

Being full and ready to go is ok. So is running low. We can’t be full all the time. Needing to be refilled is how it’s meant to be.

When I was a teenager, I had a part time job in a local supermarket as a Produce Assistant (that’s the fruit and vegetable counter to you and me). Two evenings a week and all day Saturday in an unflattering uniform, on my feet the whole time, with only a few short breaks, it was tiring and often boring but my adolescent heart loved the increased independence it brought. 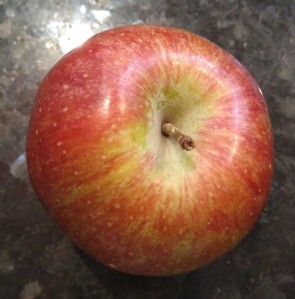 Back then, most shops closed on Sundays so all the fresh stock was discounted to get rid of as much as possible at a particular time on Saturday afternoon. That was my favourite part of the job.

It was up to my manager to decide what would be marked down and by how much and mine to weigh and tag the purchases. But about half an hour before the reductions were announced, the Twirlies would arrive: a group of gregarious older ladies, keen for a bargain, who would always greet me with a smile and:

The discounted stock tended to be a little substandard, bruised, overripe. So the Twirlies loved to bag up their chosen, perfect purchases in advance and then bring them back later for the lower pricing. It irritated my boss immensely.

But I enjoyed turning a blind eye and letting them have the bargains they craved. I guess I also liked getting one over on my boss and the company. I figured a few bargain apples and carrots would make little difference to the organisation’s budget but could make a significant one to the Twirlies, who relied on only a basic pension to get by and had learned their budgeting skill during the War.

There’s an Oscar Wilde quote that defines a cynic as someone who ‘knows the price of everything but the value of none’. And that reminds me too of the Bible story of the widow who gave the tiniest amount of money in the Temple (she may have been a Twirly in her day) but was honoured by Jesus because He saw what a significant proportion it was for her. He saw the cost and the value rather than the price.

We get our ideas of cost and value in this world terribly mixed up and upside down compared to God’s. It broke my heart in that job when I was seconded to the bakery counter where every evening we threw out mounds of bread, cakes, and patisserie – because the company refused to sell it discounted to staff or customers, let alone donate it to homeless charities who would have made such good use of it, unworried by Best Before dates. I hope that supermarket chain has a different policy now. 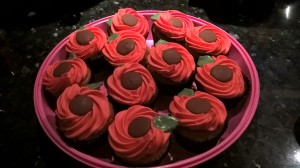 I’m glad some things are changing, that we are starting to reject the throwaway culture we’ve been living in too long of plastic bags, cheap clothes, food waste, and ignorance. But we’ve a long way to go. The planet is already paying for our greed and laziness and we are all losers for that.

Let’s go back to some of the values of that Twirly generation. Let’s learn to value what we have. Let’s learn to ‘make do and mend’, and to plan our meals and shopping lists, turning leftovers into something delicious. Let’s embrace reducing, reusing, and recycling. Let’s choose ethical over cheap.

Let’s consider the cost of our choices for us and others. And let’s remember value more than price.

This is my contribution to the Five Minute Friday community, who write weekly on a prompt word (COST this week) and then share the results. You find other responses to the word here: https://fiveminutefriday.com/2019/11/21/fmf-writing-prompt-link-up-cost/

I’ve written on UNKNOWN before (https://thestufflifeismadeofblog.wordpress.com/2016/10/10/unknown-day-10-write-31-days/) about the change in roles that my dad’s dementia brought us and I ended the piece with these words:
‘This is unknown territory. Let me walk it well.’

And it strikes me that the future is all unknown. Whatever plans we make, it is all DV, God willing.

I look back on the twists and turns of the last year and realise I could never have predicted the opportunities gained and lost, the triumphs and disasters, the blessings and the burdens. Assumption of the way forward is a risky and arrogant approach to life.

Yesterday I wrote in the Association of Christian Writers’ blog (http://morethanwriters.blogspot.com/2019/11/looking-back-looking-forward-by-liz.html) about what I would tell my nine year old self. And in the process, I realised what a rich life I have led, the details of which my younger self would never have imagined or believed.

It’s so easy to equate the unknown with fear and loss. It’s especially easy for me at the moment as I am on long term sick leave. But writing that piece made me see how the future can be equally unimaginably wonderful and fulfilling.

Only God know the details of the future. It’s His job to do the planning not ours.

‘” For I know the plans I have for you,” says the LORD. “plans to prosper you, to give you hope and a future.”’

It’s our job to listen for the whispers of His guidance and trust Him, however the circuitous or mountainous the route, to walk us home.

Those of you who have read this blog for a while may remember that my younger son is a musician.

It’s an indulgence, I know, but what kind of mum would I be if I didn’t use the means I have to encourage and promote his talent?

I know their anatomy so well.

Between the firm cushions of trapezius, pectoralis major, and sternocleidomastoid muscles is a slight triangular dip*.

Father, husband, sons – they all have it.

A place to rest my head into his contours and to settle my weight against his chest. A place to feel the strength of his heartbeat, the warmth of his arm around me, the security of being tucked under his shoulder.

My ear in that dip, like the echoes of the tides in a seashell, hears the murmur of memories:

The awe as we gaze down together at the child in our arms.

The salty smell of sweat from a race well run.

The proud graduate grin as bright as the sunshine of the ceremonial day.

Shoulders that have carried colours and coffins with equal pride and dignity. Chests filled with hope and grief in equal measure.

Time stands still as I stand in his arms, my head in that slight hollow, settled.